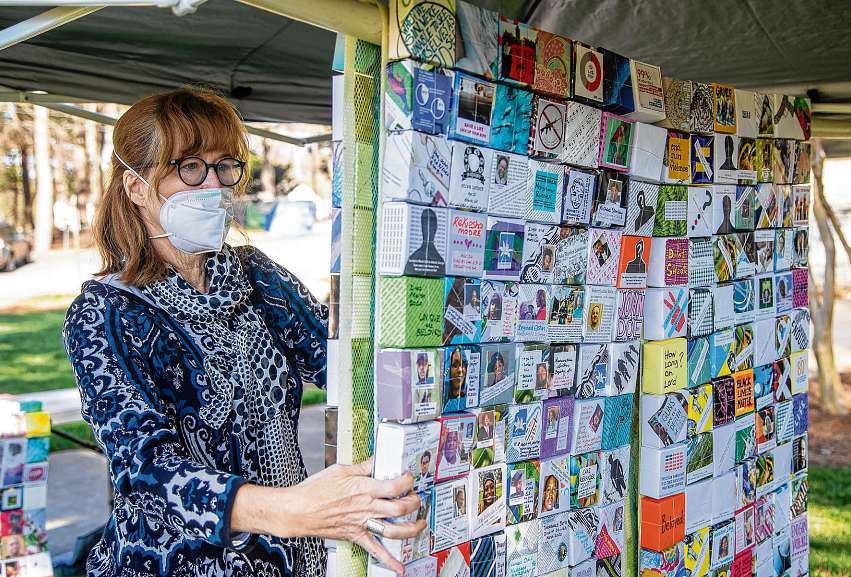 Joining a nationwide movement, a church near Decatur brought attention to the hundreds of Georgia residents who were killed or injured by gunfire last year.

North Decatur Presbyterian Church displayed about 1,200 origami boxes, called “soul boxes,” to memorialize Georgia’s gunfire victims as part of its Ash Wednesday vigil. Consisting of two pieces of folded paper, some of the boxes were adorned with prayers, photos, and pictures, while others only held a victim’s name. The presentation is part of a nationwide effort to visualize the number of suicides, injuries, and deaths by firearms in the U.S. in a year.
(Read the Article)

The 12 Soul Box Panels were on display in an outdoor installation on the church grounds. Worshipers, masked and observing distancing protocols, viewed these Soul Boxes and participated in self-directed prayer and contemplation.

In an arts-based effort to raise awareness of the gunfire epidemic in Georgia, NDPC created a public installation of over 1200 origami boxes – Soul Boxes – to represent Georgia residents killed and injured by guns in 2020. The boxes are individually hand-tied onto 12 panels and the plan is to display them at the Georgia State Capitol and in other public venues. Ultimately these panels will be contributed to the permanent collection of the nationwide Soul Box Project. 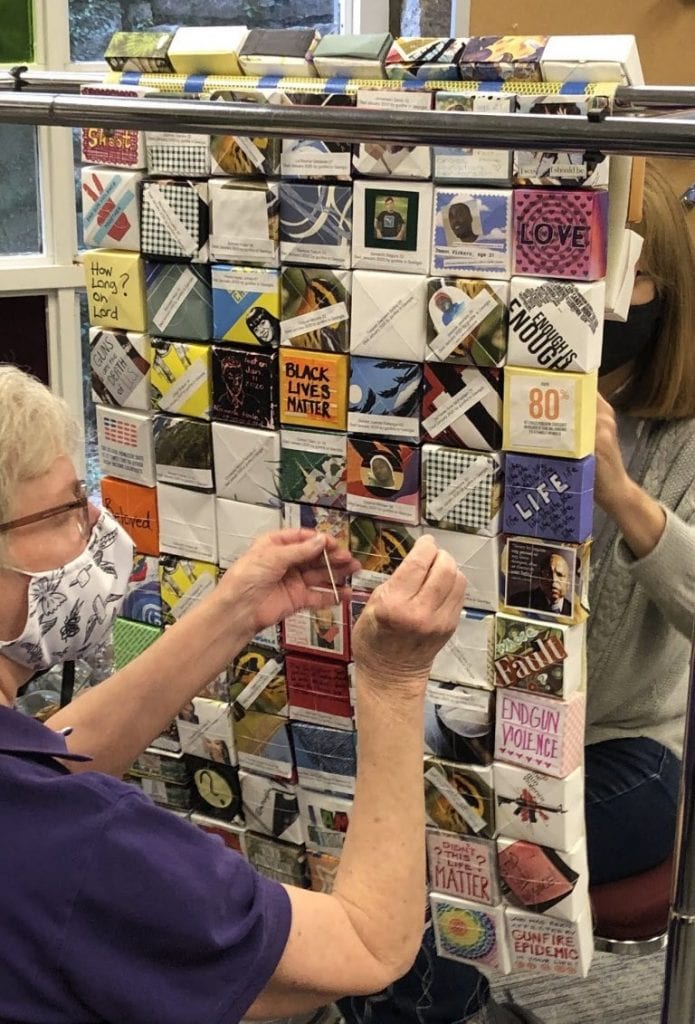